New bank of what looks to be 8 Supercharging stations in North Vancouver, BC - Canada at the London Drugs Store parking lot at 2032 Lonsdale Avenue, North Vancouver, BC V7M 2K5, Canada. Located in the back lane behind the store. Fantastic location only 400 meters from the Trans Canada Highway (Highway 1), Shopping right there, Cafe, McDonald’s and many restaurants just a 2 minute walk away. Rough-in construction completed, possibly active in 1-2 months. Tesla North Vancouver + Google Map Location 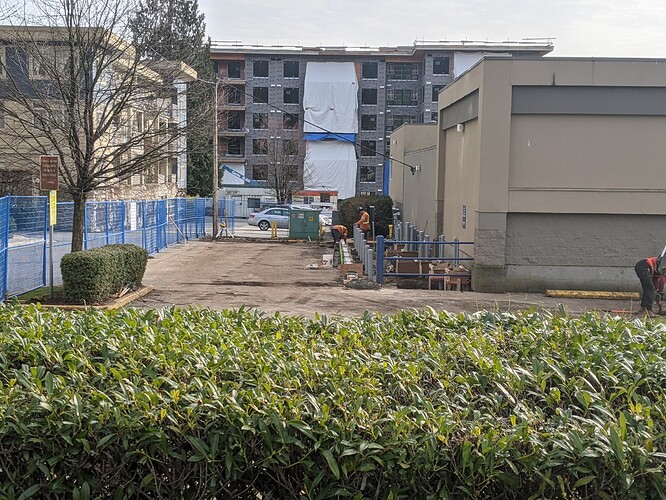 Thanks for the find!! I assume you’re the person who added the location to PlugShare. I’ve created a thread on TMC where the discussion can continue (since not that many people have a Supercharge Info account) but I will link the pin here since you found the location

Got a tip last night that a new Supercharger is under construction at the London Drugs at 2032 Lonsdale Ave. The source was actually from a PlugShare...

I’ll bet Tesla is eyeing the throngs on Whistler-bound Seattle folks who need a charge en route…not sure that North Van folk will use these superchargers en masse.

Yes it is for sure a major convenience for those heading to Whistler and back home via Highway 1 and for those heading to and from Vancouver Island. But North Vancouver has by far the highest concentration of Tesla ownership per capita in the Lower Mainland, so I’m pretty sure there’s going to be high local demand too. Downtown’s Superchargers are slow, old and expensive then the Superchargers in Surrey are far and slow as well, this new station in North Van is perfect. Obviously way more are needed anyways. Looking forward to seeing West Van, Burnaby and Coquitlam up soon too.

BC is getting 18 new SuperCharger locations this year and 4 more next year according to Tesla.
That doesn’t even include the stealth/unlisted installs they are doing, like Chilliwack where they applied for a permit at Cottonwood Mall.

Also I’m of the opinion that Surrey has the most per capita… LOL
There is a Tesla at every intersection.
We will have justified having 3 SuperChargers.

But that’s all good because every Tesla owner will be going everywhere and enjoying their cars all over BC!
Now that the weather is getting better, I can’t wait to do another group drive where we go from one SuperCharger to another!
Look for postings on “Official Tesla Owners of BC” on Facebook!

Surrey, and Abbotsford were both not listed on the expansion map but they happened. Also poor Coquitlam was supposed to happen March 2020, but Covid happened.

Also the Richmond Store, across Costco (where the Infinity was) will be a great location.

[quote=“will, post:5, topic:1449”]
Surrey Central City at least 8x 72kw
[/quote] It better have more because if Tesla sells 800k-1000k cars this year that will basically double the amount of cars and chargers will be far and few in between lol. 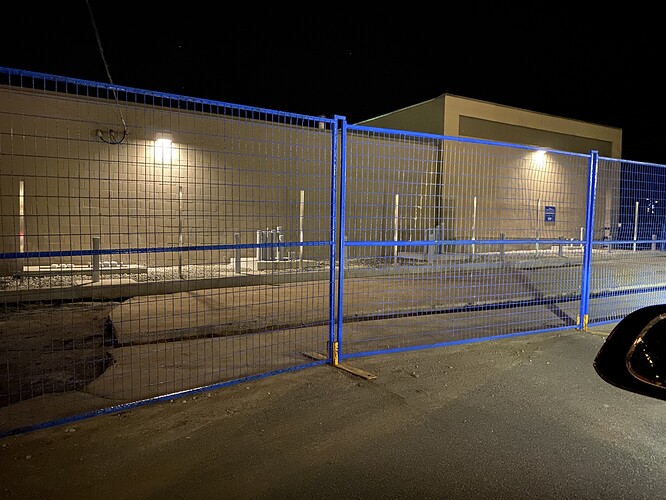 I spy with my brown eyes lovey superchargers… progress 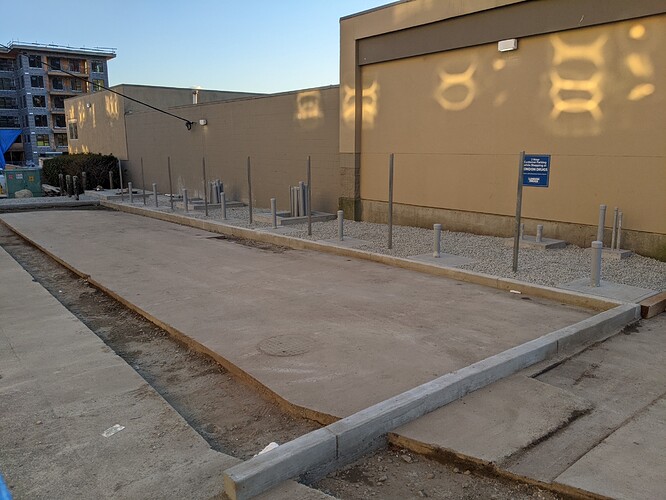 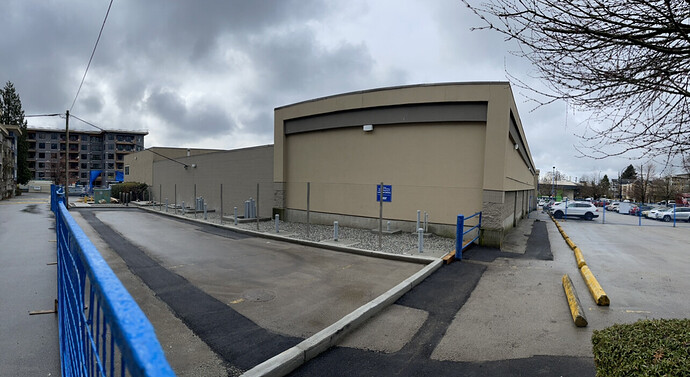 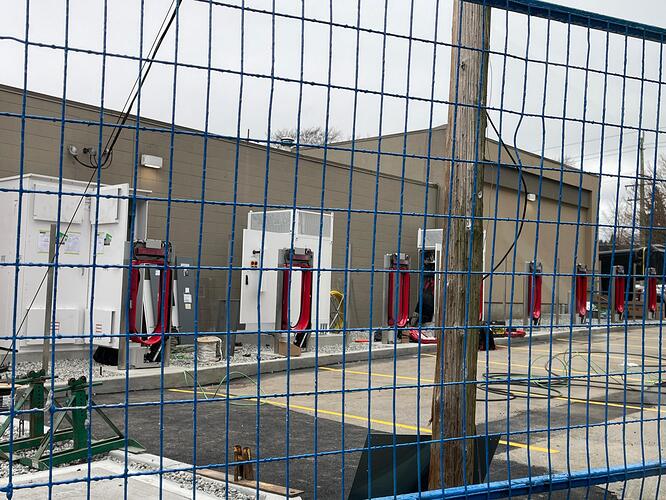 Construction fence still up but everything looks done … 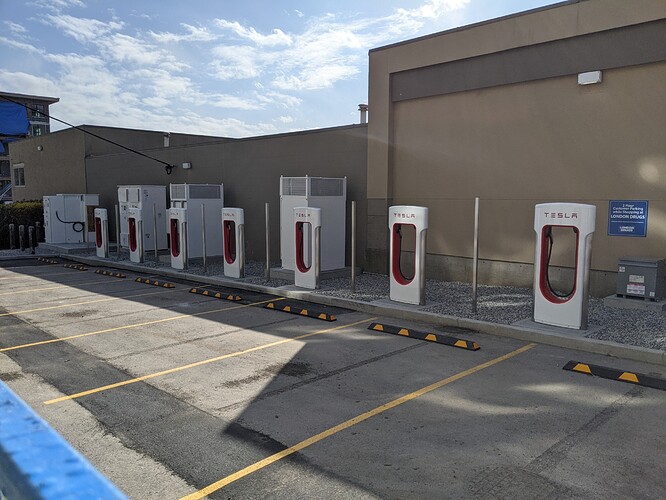 Interestingly they just added what is a Level 2 Tesla Destination Dual Charging station just next to these Superchargers, however the L2 has a J1772 connector. I haven’t seen a Tesla Destination Charger with a J1772 connector before. It’s currently behind a construction fence, so I could not physically check it, but that’s how it looks from 2 meters away. It doesn’t appear to look like a Tesla connector, unless Tesla has modified its handles. 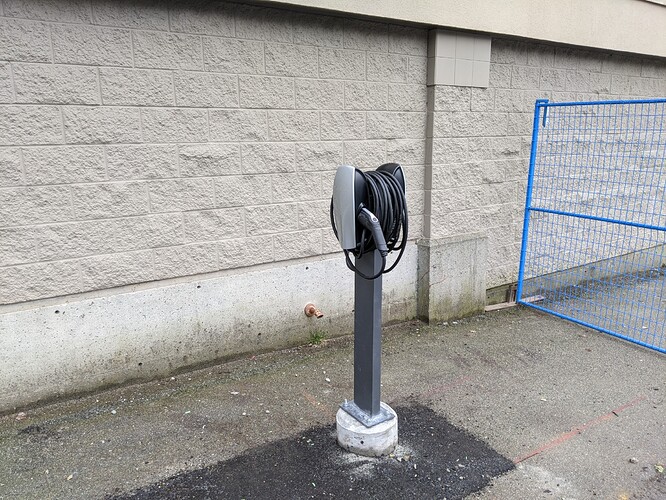 In true Tesla commitment to move forward with being compatible with other ev vehicles. Most older destination chargers have been repurposed to J plug instead of their proprietary connector. I believe this is the choice is either the company’s, London Drugs, or Strata/Property management decision.

There’s a link I have provided here, which also has the J connector from 2 years ago. I would be intrigued to see what their max amps are.

April 9, 2021 @ 4 PM - Construction fence is down. Tested some of the Superchargers and the J1772 chargers, but no juice yet. Should be activated soon!